We recently had a customer deliver a pump for inspection after it had been sent to a third-party repair shop.  When our technicians opened it up, they were shocked to find what was done in an attempt to repair the unit.

It was immediately apparent that the pump was beyond repair based on the wear within the housing and damage to critical components. However, there were multiple repairs done in an attempt to extend the life of the unit that we would not recommend.

It appeared that the service provider filled the low areas of the worn housing with epoxy.  Using epoxy is not uncommon in pump repair, but is usually reserved for small, minor areas of wear.  The image below shows the epoxy loosely applied over a fairly large surface area.  Generally speaking, the more filler you use in tight tolerance areas, the more potential for creating a leak path. 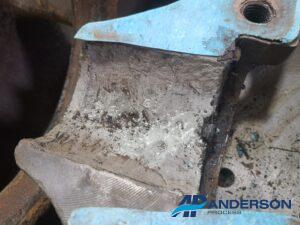 Upon further inspection, they found that the bearing cap was extremely worn from a bearing failure.  Instead of being replaced, which would be a standard practice, it was loaded with silicone to fill in the damaged areas and reused.  Similar to the epoxy, this is an area where we would recommend bypassing the filler and simply replacing the bearing cap altogether to avoid potential failure. 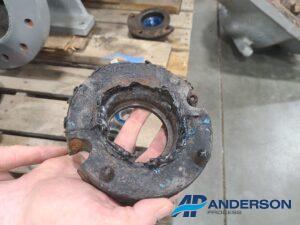 When inspecting the mechanical seal, they also found the use of RTV sealant, another filler, which is not recommended for use on a mechanical seal.  Use of this material between seal faces will create an unreliable seal that is at increased risk of leaking or failure. 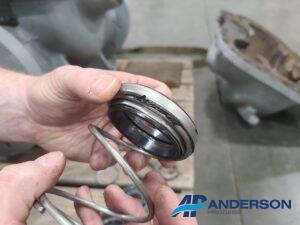 The biggest offender came in the form of a bolt in the housing.  This was the attempted repair for what we can only assume was a worn or cracked area of the housing.  It went all of the way through from the outside to the inside of the housing and then appeared to be ground down on both sides to “seal” the area.  This is a practice that we would strongly advise against. 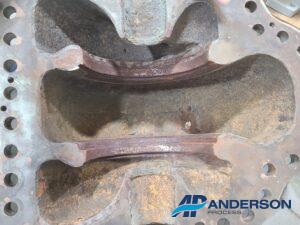 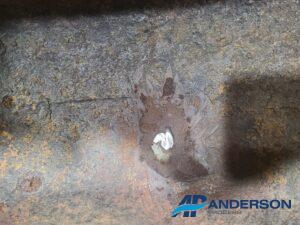 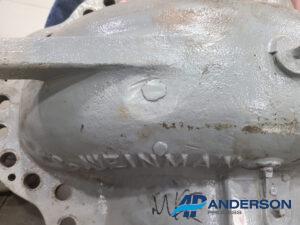 At Anderson Process we pride ourselves on our ability to deliver high-quality repairs and restorations, along with the integrity to tell customers when pumps are no longer safe to operate and need a replacement. If safety, reliability, and integrity are important to you in your facility, don’t risk self-repair or unauthorized repair centers. By sending your equipment to Anderson Process, you will have peace of mind knowing that all repairs are done to top industry standards giving you a safe and efficient work environment.

To see a full breakdown of our repair capabilities, View our Service & Repair Capabilities Brochure.