Anderson Process would like to acknowledge the terrific people and valuable contributors to the team that decided to retire this year:

Tom Eddy (on the right, in the picture) was a Territory Manager in northeast Wisconsin and the upper peninsula of Michigan. He managed his territory as well as anyone could for 33 years.

Dan Nettesheim (on the left, in the picture), was a Production Technician/Industrial Fabricator who retried after 25 years. Dan spent many years repairing and building pump, motor, base assemblies, heat exchangers and much more. He can always be counted on and was the professional’s professional at his trade.

Barry Westerdale (in the middle of the picture) was a Project Manager and retired just shy of 25 years. He had numerous roles, including Warehouse and Shop Manager, along with being on our Executive Team. Barry’s knowledge, versatility and willingness to help wherever he was needed can never be replaced.

They will all will be greatly missed, and they have been key to Anderson Process’ growth over the years.  We wish them the best in retirement! 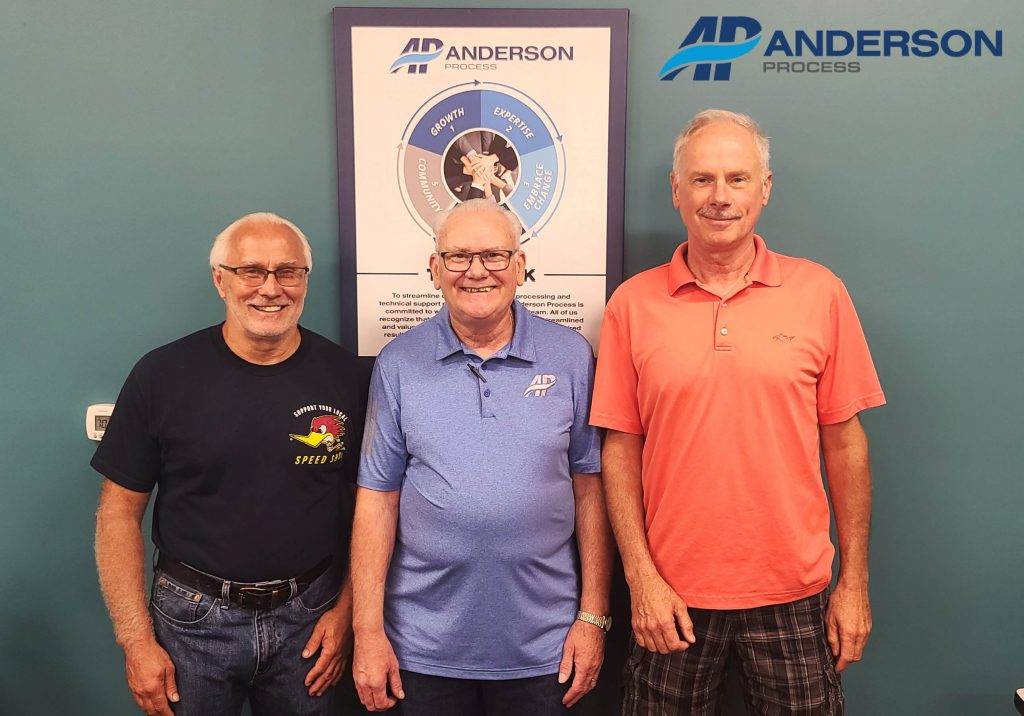